122,000 people support Sónar in its return to normality

Sónar 2022 closes its 29th edition tonight with the second best public attendance in its history, 122,000 people. 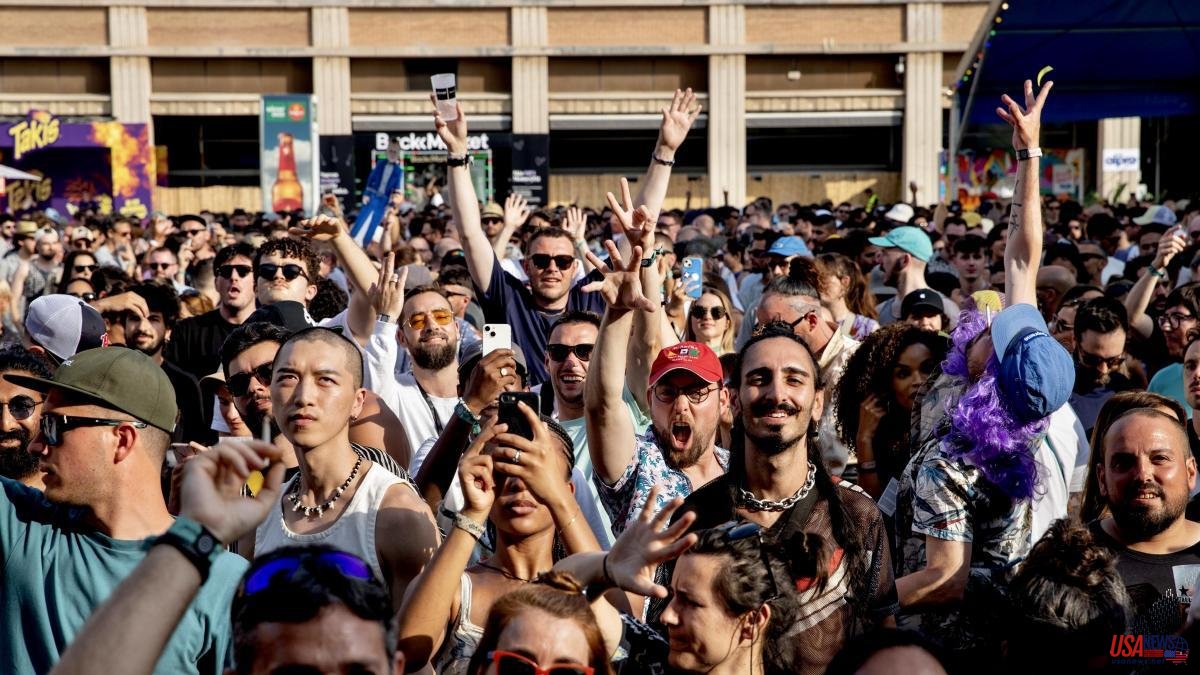 Sónar 2022 closes its 29th edition tonight with the second best public attendance in its history, 122,000 people. Of this figure, presented this afternoon by the organization in its balance of the festival, the most remarkable thing is that 70 percent of the attendees are local and national, and 30 percent from the rest of the world. The record is held by the 2018 edition, with 126,000 attendees.

According to Ricard Robles, one of the co-directors of the music, creativity and technology festival, the figure of 122,000 is divided into 43,000 who attended the so-called Sónar by Day (which is held at the Fira de Montjuïc (next to Plaça Espanya) and the remaining 79,000 at De Noche (at the Gran Via II fairgrounds in l'Hospitalet).

Robles also wanted to highlight that exceptional percentage of the local and national origin of this year's public, which breaks the balance that in this aspect has characterized Sónar since its inception. The last normal edition of 2019, for example, had a 55% national public and 45% foreign. In his opinion, this figure of 70 percent reflects "the real commitment that the festival has with the territory and the city"

Enric Palau, also co-director of the cycle, highlighted the "absolute leading role of local talent" highlighting names such as Rojuu, Tarta Relena or the duo of Maria Arnal and Marcel Bagés. And he also made an assessment of what the management team thinks about this edition about to end: "the feeling we have is that it has been a recharged and renewed event" both in formats and even in audiences.

In this last aspect, Sergio Caballero, the third co-director of the festival, wanted to exemplify it precisely with the concert of the Barcelona rapper Rojuu, where the public was very, very young, "something that responds to a growing trend."

As for Sónar, all those responsible expressed their satisfaction, and Ricard Robles has summed it up with the phrase that "the speech and story of Sónar has been integrated very well into Sónar by Day, which was one of the great objectives" .

The dates for next year's edition have also been announced, and will be June 15, 16 and 17, 2023. This Wednesday at 12 noon there will be a pre-sale of tickets and accreditations with a special price from €115 and €150, respectively. The public will be able to pre-register to access this pre-sale starting this morning.