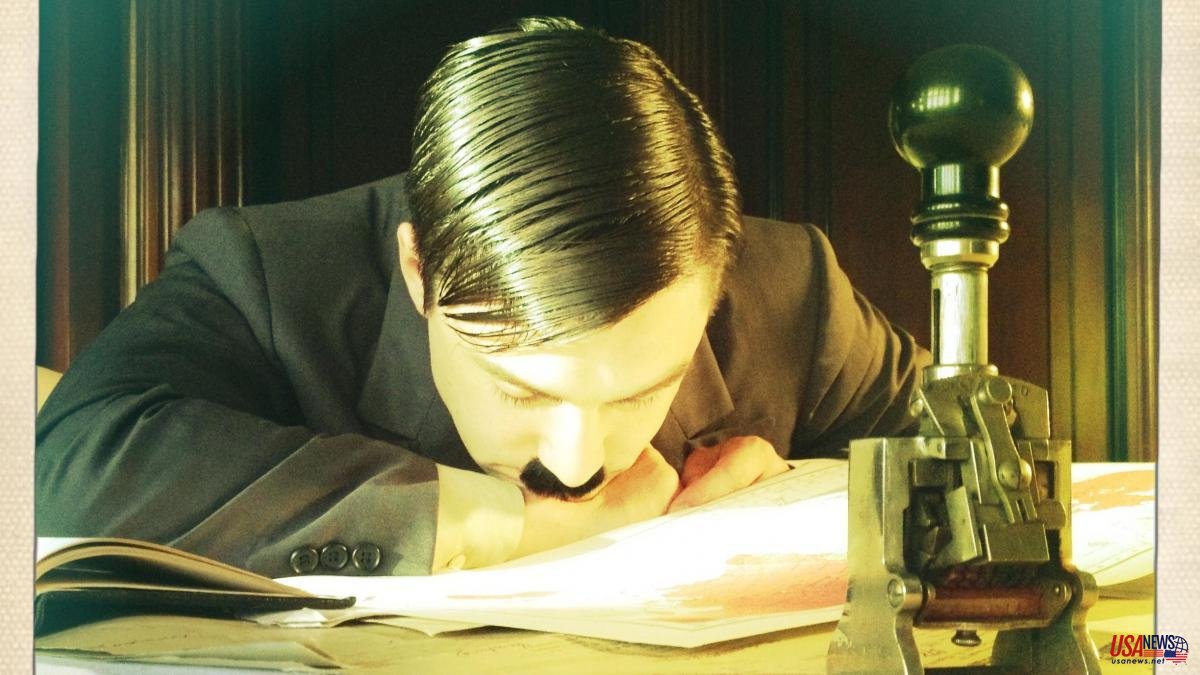 "Do something." "Okay." "But do it here." "Well, I'll do it." is held every five years in Kassel, they could not even imagine to what extent the Catalan filmmaker would assume the literal nature of the commission.Serra traveled with his team to the German city, hired Documenta workers as interpreters and during the 100 days that the The contest was shooting a film. Every day he filmed about two hours of footage and three days later, after the editing process, the film was shown at the Gloria cinema. The result of that titanic undertaking was The Three Little Pigs, a 101-hour film of duration that up to now has only been projected in full in Kassel, the Volksbühne in Berlin and, in installation format, in the Kunstverein in Hamburg.

Who in Spain would be willing to program such a gigantic film and also spoken in German? The director of the Fabra i Coats contemporary art center, Joana Hurtado, has been waiting ten years for someone to translate and subtitle it so that she can enjoy what she considers “Serra's magnum opus... up to now”. In the end, it was she who made the move and from February 19 to 12 The Three Little Pigs can be viewed in a video installation crowned with barbed wire and with the 101 hours divided into a triangular screen that prevents you from following the three projections of simultaneously. On the other hand, which will undoubtedly be a relief for those who want to get a complete idea: just over 30 hours is enough.

Serra himself, who does not speak German and who had to direct the interpreters without understanding what they were saying, guided only by some translated texts that he always carried in his hand, admires himself as a spectator by being able to connect for the first time not only with the images but also with words. The Three Little Pigs brings together Hitler, Goethe and Fassbinder, "three characters -explains Serra- who have nothing to do with each other and who come from totally different and dispersed contexts: a key politician in the unleashing of World War II, a man of culture and a film director who dealt deeply with the postwar context and its impact on the population. The only thing they share is the megalomania, which also has to do with the megalomania of production and translation itself”.

To bring them to life, the director of Historia de mi muerte or Liberté, chose a compilation of interviews by Werner Fassbinder and two classic texts to understand the German past: Hitler's private conversations, Führer monologues transcribed by his closest circle and compiled by Hugh Trevor Roper, and Conversations with Goethe, the reflections of the writer in his last years of life transcribed by Johann Peter Eckermann. “I wanted to respect the literalness of the texts that were not intended to be interpreted, a lot of words that remained as a remainder of the story in the form of a transcription, words that someone heard and wanted to transcribe, although we also don't know if he was faithful to them, or if he added or took away something”.

Once the scenes were located, the project for what is surely the longest film in the world still had to overcome another difficulty: the lack of daily availability of the performers, all of them Documenta workers, forced the director to have several actors for each character. "The speed with which the production was carried out also meant that they had to interpret the texts without time to assimilate them, almost at the moment they entered their consciousness they had to expel them and that shock gives a very special quality."

Throughout the process, Serra published his chronicles from Kassel in the Cultura|s supplement of La Vanguardia. “Between the dream and the story: this is how I live”, he wrote in the first and confessed, among other things, the difficulty of finding the tone for a character like Hitler, “a character who, like Dalí, is difficult to make a caricature of. , since its staging in the world was already a caricature in itself”. The director invites you to listen again to his words from the past with the conflict of the Ukrainian war resonating in the present.