Galleries Videos Authors Polls
Famagusta
BREAKING BUSINESS EDUCATION ENTERTAINMENT HEALTH POLITICS SCIENCE SPORTS
10:06 How To Start Day Trading Crypto
14:46 The Basque Government submits its own energy saving model to debate
14:44 An improvised attack hatched in Catalonia
14:41 Russia plans to connect Zaporizhia NPP to Crimea's power grid
14:39 Controlled the serious industrial fire in Cuba, although the risks persist
14:38 At least thirty migrants traveling from Turkey to Italy disappear in the...
12:50 Bloomberg reports that electric cars are on the verge of widespread adoption...
19:19 Randy Fenoli, star of 'Say Yes To the Dress' weighs in on the...
18:20 Shawn Mendes cancels Wonder World tour in order to concentrate on his...
12:20 Amber Heard asks for mistrial and says that the wrong juror was seated...
BIST
4.923,23
GOLD
1.043,93
USD
18,66
GPB
22,38
EUR
19,32 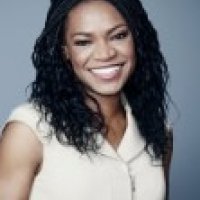 The he 2000s are the years in which Turkey started to change and experience an era in economy quite different than past eras. It was introduced to new terms and new implementations. Social policy is one of these.

It is actually no coincidence that the social policies' gaining so much prominence coincided with a period in which the economy was strong. We cannot talk about social policies where there is no strong economic structure. However, the economy being strong alone is not enough either.

In order for the expenses to have a permanent effect, in other words, for the policies implemented to eliminate poverty in the medium and long-term, action was taken with a broad vision. We saw social policy implementations and anti-poverty systems used around the world in Turkey.

Take for example the Integrated Social Assistance Information System that is the main social policy implementation and is used in the presentation of social assistance. Through this system, aid institutes that provide social assistance were gathered under a single roof and a common database was created.

The Integrated Social Assistance Information System has made the procedures for the process of poor and needy people receiving help easier, has reduced the bureaucratic waiting time and has ensured that those who deserve it receive assistance.

Using the data on this system, it is possible to come up with a province-based map of the social assistance provided. This way, the socio-economic development of provinces can be analyzed and, of course, economic and social investments are determined based on this mapping.

This implementation turned out to be quite successful. So much so, that the Integrated Social Assistance Information System is considered as one of the successful social policy implementations in the international domain as well.

The Family and Social Policies Ministry was invited to the World Bank and International Monetary Fund's (IMF) spring meetings in Washington last week to talk about the Integrated Social Assistance Information System as a successful example of social policy.

This way, the best answer to give against the never-ending attempts to present a negative perception of Turkey, especially in the international domain, is, like what the authorities at the Family and Social Policies' General Directorate of Social Assistance – the owner of this system – did, is to present and explain their successful implementations in such platforms.

Many countries are calling the Family and Social Policies Ministry to their countries to talk about this system. This is very important.


Why is there a need for an international university?

It is important to take a place in the international domain with a strong profile. There are different platforms for this – like universities. The new “International University” to be established in Turkey and which has a different status, is going to ensure that the country is visible in several fields.

The “International University” expectation is a matter that has been coming up on the agenda recently in many meetings, conversations and circles of friends. This university greatly needs many successful students, especially from the Muslim world, and successful academics from around the world to come to Turkey.

This step by Turkey, which is in the process of becoming the new country of education for students from abroad, is going to make Turkey one of the most important alternative countries in education. The university to be established taking its place among the world's top universities and becoming a center of attraction in the area of university education and research, will be one of Turkey's most strategic moves in the new period.

In addition to increasing Turkey's power in the international domain, this move will initially pave the way for Turkey, which is in the process of becoming the most important economic and political actor of the Muslim world.

If Turkey is to write a new success story within rising economies and in the field of economy, isn't education or having one of the world's best universities an important part of this story?